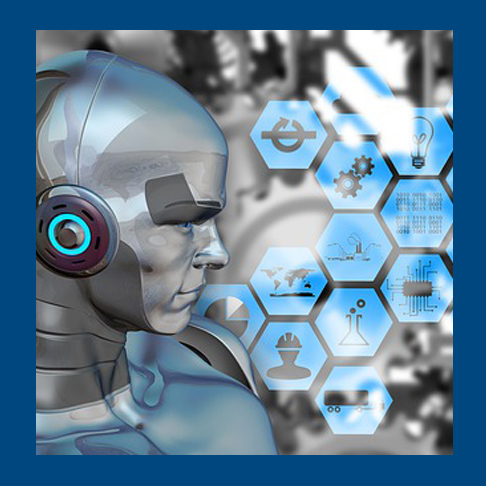 Artificial intelligence (AI) is highly developed, we encounter it almost everywhere in digital and industrial progress and also in the field of art. A pioneer in this context is the AI DABUS, a celebrity within patent law. The developer of the AI DABUS (Device for the Autonomous Bootstrapping of Unified Sentience (DABUS)) is Stephen Thaler, Ph.D. (USA), who has been working on artificial intelligence for decades.

The AI DABUS has become famous in particular because of the so-called DABUS project. This in turn was co-initiated by patent attorney Dr. Malte Köllner, the founding partner of our law firm Köllner & Partner. Prof. Ryan Abbot and patent attorney Markus Rieck were also involved.

Because a reflection in patent law is necessary about AI; the capabilities of artificial intelligence are in some cases already so advanced that one can speak of computer-generated inventions that have been "invented" by AI. The DABUS project, co-initiated by Dr. Köllner, has national and international patent offices and patent courts answering the question: Artificial intelligence as an inventor?

To be able to refer to a concrete invention of artificial intelligence for the project, we contacted the AI developer Stephen Thaler with the support of Prof. Ryan Abbott. As a result, the AI DABUS created a liquid container whose wall consists of a fractal curve. Among other things, this offers the advantage of being thermally insulating, and it is also easy to touch haptically. In short, this invention and another invention by DABUS could be considered patentable.

In cooperation with international Artificial Inventor Project, an international team of patent attorneys - including Dr. Malte Köllner - patent applications for two of the DABUS inventions were filed in various countries and patent offices, including Europe, the USA, Australia, Asia and WIPO. DABUS was named as the inventor in each case. Ultimately, this led to an international discussion about the patent law issues of an AI invention.

In the resulting case law, a clear tendency crystallizes about inventions of an AI: such an invention - i.e. a computer-generated invention - may be considered patentable (e.g. the Federal Patent Court ruled in November 2021), but an AI may not be named as an inventor. Only WIPO and South Africa have recognized the AI DABUS as an inventor. In Europe, also in the UK, Germany, and the USA, as well as in various other countries, the AI was rejected as an inventor in the designation of inventors.

But if it is the case that the AI is the inventor of a computer-generated invention: Do we then want to exclude such inventions from patent protection because formally only a human being may be registered as the inventor (Rule 19 EPC, among others)? Or do we want to tell the de facto untruth when naming the inventor if he is an AI?

These questions are not only of a theoretical nature but are of practical relevance for many companies. And this is all the more true because not only computer-implemented but increasingly also computer-generated inventions are emerging in the course of automation and Industry 4.0. It is all the more welcome if there is clarity under patent law about AI inventions.

Our patent law firm offers support in the field of computer-implemented inventions, computer-generated inventions, AI inventions, and machine learning: benefit from our excellent expertise and years of experience.
Contact us for more information at: info@kollner.eu

Our team is our asset. We do not claim having all expertise in all segments. Whenever we have the feeling that someone else would be a better fit, we pro actively initiate the introduction.